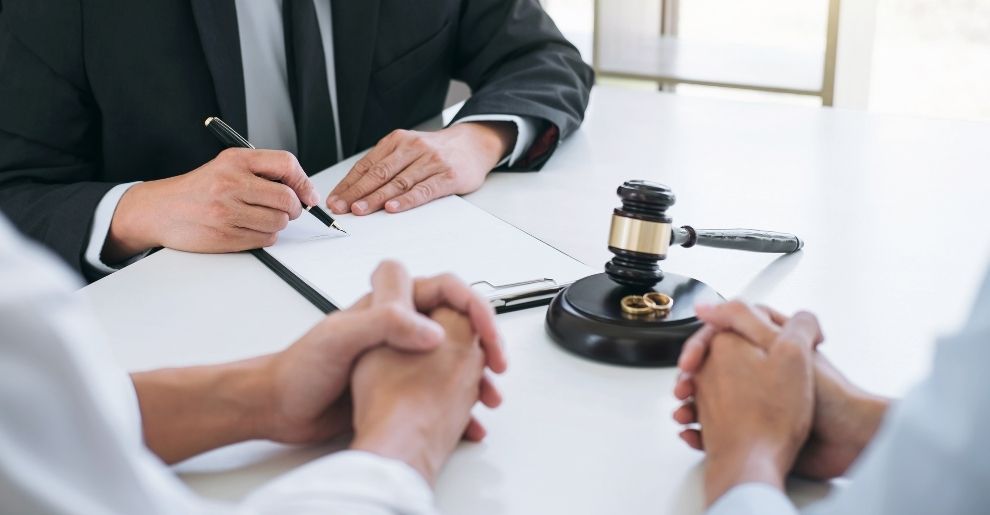 There are concerns that the latest spike in coronavirus transmissions may see more relationships taking a hit, after a surge in divorce enquiries following the nationwide lockdown.

Back to school traditionally sees a peak in petitions for divorce, but this autumn has seen a bigger number of distressed couples seeking support, according to divorce professionals.

Data from the Citizens Advice charity showed a 25% rise in searches for advice on divorce during the first weekend in September, compared with the same weekend last year.  This trend has continued, replacing issues such as benefits and redundancy, which had been top search terms earlier in the pandemic.

The September surge is often attributed to families being forced into each other’s company during the summer holidays, which may be the tip-over point for those in already unstable relationships.

“The lockdown was effectively a very extended holiday, with no way of taking a break or a day on your own,” said Vikram Kumar, family law expert at Bowling & Co Solicitors in Stratford. “This has been a very tough year for everyone, but when your relationship is going through hard times it can seem like there is nowhere to turn.”

He added: “Having to ascribe blame to get a swift divorce has always tended to spark disagreement and stir up grievances, so if the worst happens, getting some guidance early on can help in managing emotion.  When children are involved it is particularly important to try and have a positive co-operative approach, especially with the ongoing challenges we all face in managing our lives through Covid-19.”

While it will not help those looking to divorce this year, on the horizon now is the prospect of no-fault divorce without a period of separation, after The Divorce, Dissolution and Separation Act 2020 received Royal Assent in July.  This marks the biggest change on the pathway towards divorce since the Divorce Reform Act 1969, which first allowed people to end marriages without having to prove fault, with separation of two years if both parties agreed, or five years if only one party agreed.  The 1969 Act also provided a faster, fault-based alternative to a period of separation, which was to cite grounds of unreasonable behaviour or adultery to demonstrate that the marriage had irretrievably broken down.

The situation has remained unchanged ever since, and in recent years the two-year separation rule has come under criticism as being out of touch with attitudes, and too slow for couples who want to move on, but need the financial settlement that comes with divorce.  In such circumstances, couples have been more likely to cite unreasonable behaviour or adultery to get a speedier outcome, leading to calls for an end to blaming.

Vikram added: “The new legislation brings the opportunity to divorce on more amicable territory as parties will not have to rely on the ‘blame game’.  It will be enough that the relationship has broken down and indeed couples will be allowed to make a joint application if they wish, rather than one party having to set the process in motion.”

Under the new rules, which are expected to come into effect in autumn 2021, parties to a divorce will no longer be able to challenge divorce simply because they do not wish it to happen.

However, there will be new requirements on the timeframe, with a minimum period of 20 weeks from the date of the divorce petition through to the Conditional Divorce Order, which is the equivalent of the Decree Nisi stage.  After that, couples will have to wait a further six weeks before they can apply for the Final Divorce Order, which replaces what is currently known as the Decree Absolute.

“This may seem to extend the timeframe when compared with today’s fault-based timeline,” explained Vikram, “but it often takes up to six months to finalise all the financial aspects on divorce and to reach an agreement, so in reality, this requirement is unlikely to affect many couples.”