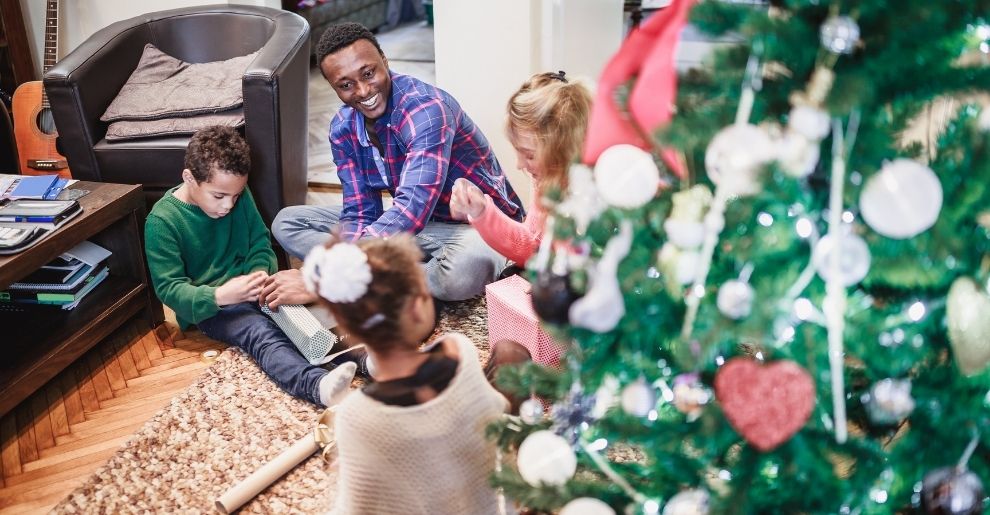 Avoiding conflict at Christmas is always a challenge, and with COVID-19 restrictions likely to get worse before they get better, the pandemic may continue to put relationships under pressure. Family professionals and support groups are once again urging couples to focus on the wellbeing of the family over the festive season.

Traditionally, more people petition for divorce in January than at any other time of the year, which is attributed to the pressure of the family Christmas get-together.  This season, like last Christmas, many relationships will feel pressure as the pandemic continues to challenge all of us.

According to the Office of National Statistics (ONS), over 100,000 British couples got a divorce in 2019. The current UK divorce rate is estimated at 42%.

Early in the pandemic, a survey by the relationship charity Relate found that nearly a quarter of people reported that lockdown had placed additional pressure on their relationship, creating a ‘make or break’ environment according to the charity.  A follow-on survey, later in the year, found 8% saying lockdown had made them realise they needed to end their relationship, but 43% said it had brought them closer.  This latter finding supports a report[1] by the Marriage Foundation that suggests more marriages improved during the pandemic than worsened.

“It’s great to hear that seeing more of each other has helped some couples to work on improving their relationships.  Unfortunately, these figures also suggest that vulnerable relationships felt the impact of pandemic lockdowns, for both the close proximity it brought and the economic and social impact.  As family lawyers we saw the lockdowns really affect those who were considering or had already started the process of divorce, as many were still living together,” said family law expert Vikram Kumar of London-based solicitors Bowling and Co.

Whilst the ONS are yet to publish statistics for November 2021, 2019 figures showed an 18% spike in the rates of opposite-sex divorce in 2019 with 107,599 cases.  While the size of the increase is partly due to a backlog of divorce petitions which resulted in higher numbers of divorce petitions completed during 2019, this figure is the highest since 2014.  It is also the largest annual percentage rise since 1972 when The Divorce Reform Act 1969 opened the way to an easier process for divorce.  Alongside, the number of same-sex divorces among both male and female couples has increased each year since 2015.  In 2019, there were 822 divorces among same-sex couples, which is nearly double the previous year, and of these, 72% were female couples.

Most divorce petitions in opposite-sex couples came from the wife, at 62%, and unreasonable behaviour was the most common ground for the divorce, cited by 35% of all husbands and 49% of all wives.

The no-fault divorce due to come into effect in England and Wales in April 2022 is likely to provide relief to many separated couples or those contemplating divorce. The Divorce, Dissolution and Separation Act 2020 received Royal Assent in July 2020, and marks a landmark in divorce reform with the biggest change since 1969.  Currently, couples must prove fault, or else wait for at least two years if both parties agree, or five years if only one party agrees.

Family law expert Vikram Kumar of London-based solicitors Bowling & Co. said of the new legislation: “It has been long-awaited to end the so-called ‘blame game’ of divorce which requires couples to give a reason for the breakdown.  Couples will even be able to make a joint application when it comes into force, rather than one having to take the lead as now.

If the worst happens and couples feel they cannot see a future together in 2022, then working out how to navigate the split in a way that is supportive of each other, and most importantly any children involved, is best for everyone.  Talking things through is always best and getting around the table with some expert input before you make any agreement over asset sharing or custody arrangements is a good idea.”

Added Vikram: “Whilst there are still so many concerns over Covid-19, we know how important it is to be there for couples, and when we can’t meet face to face, there are all the other ways to talk things through, whether video calls, telephone, email or messaging.”

He added: “Ending a marriage is one of the toughest things anyone will ever deal with, but a collaborative approach can go a long way towards easing the emotional distress.  And the best Christmas present for the whole family is being focused on keeping communication positive.”

[1] According to an analysis of 2,559 parents who completed the UK Household Longitudinal Survey Coronavirus Study conducted by Essex University